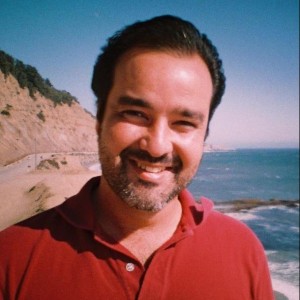 Carlos is the CEO and founder of Startup Embassy, a coliving space in Silicon Valley with a global community of more than 2000 entrepreneurs in 90 countries

How Ownership Can Poison a Community

Community lies at the core of a successful coliving, and maintaining a healthy one is already demanding. However, one thing seldom discussed is that even if you have a healthy community, situations arise that will challenge its survival. One of these mechanisms, “territoriality,” is inherent to human nature and social dynamics.

Territoriality has been a part of us since we built traps around caves and hunting areas. It was how we communicated (sometimes without words) what is “our space,” our tools, and residency. This concept is crucial because it is a subtle killer for communities when they’re forced to live in small spaces. People have a natural need to stake ownership, and the diminishing space can shift their tendencies in unhealthy ways.

A Bunk Bed, a Blanket, and a Dream

If you run a coliving or plan to start one, I highly encourage you to live in it for at least six months, hopefully even an entire year. You’ll set up the right culture, understand the House Manager role, see how cycles affect your community, and experience territoriality for yourself as I did.

Back in 2012, this was probably the first negative feeling I experienced when I lived at BlackBox mansion, and I have since learned that it’s an intrinsic part of coliving management. I arrived at BlackBox on January 15th, 2012. The house was so full that the only place left for me was the garage. I had to go to the local Ikea in East Palo Alto for a bunk bed. Yes, Silicon Valley and garages, very romantic ideas indeed—if it wasn’t for the freaking cold!

You think about California and the good weather, so I took it for granted, and the thought of checking what winter felt like in the area never crossed my mind. Every night, the average temperature was around 3 degrees Celsius (about 37 Fahrenheit). It was so cold that after the third day, I had to buy an electric blanket to keep warm. When I was asleep, if I moved my arms out of the comfort of the blanket, they would hurt as if needles pricked them. If I moved my head to another position on the pillow, the frigid air woke me up.

Not only that, there was a fridge in that garage (my room and “territory”) that everyone in the house used. At any given time, someone would open the door of my room to grab some food. They would enter in the morning, in the evening, at night, any freaking time. Sometimes, people forgot that I was trying to sleep and would turn the light on. Whenever I’d change clothes, my main concern was to do it quickly.

My Space, My Garage

There were around twenty entrepreneurs sharing the house at any given time. The house was pretty large, with a nice swimming pool. The best room was the master room, with a large walk-in dressing room (lots of space!) and an amazing bathroom, complete with a jacuzzi. Oh my God, did I want that room!

But after a few weeks, I got used to my garage. Yes, it was cold, but the electric blanket made it more comfortable. Yes, it was isolated from the rest of the house, but I liked it quiet. Yes, people would come in without notice, but it was my garage.

I hadn’t realized my possessive feelings until one day Fadi, the hacker-house owner, gave me some good news. He was hiring a House Manager, and he needed the garage for him. I could move to the master room!

…or was it bad news?

When I moved my things to the master room, I felt so displaced. I wanted my garage back! When I mentioned this to Fadi, he stressed that he really needed the garage for Glenn. I reluctantly accepted because what else could I do?

The next few days, I was depressed trying to acclimate myself to the new space, sharing it with four other guys. After those first few days, one of them moved out, so I took his bed, the one with the best mattress. Some Fridays, when my roommates left for drinks, I would take the opportunity to use the jacuzzi. It took weeks, but I developed a nice friendship with my roommates. The master room felt like home.

But then, as always with colivings, people came and went. Every new guest that joined us felt like a foreigner, an alien using my space. It was even worse if it was a group, and four new guys would arrive at the same time. There was a microculture inside every room, and a new one developed around the personalities within. It took me some time to understand that every new guest meant a culture shift, and the house would see some turbulence until a new balance was achieved.

Territoriality is felt by every guest, and depending on their culture and personality, it’s experienced with more or less intensity. Some adapt very well, some not so much. The same way I perceived that a new guest took my space, he was probably feeling the opposite, like a trespasser.

There’s more to this. Long-term guests become territorial with the whole house. ALL the space belongs to them. They find comfort in their culture, and when new guests arrive, that culture shifts a bit (or a lot), causing friction.

The intensity of this friction depends on:

If you run a coliving, you must be aware of all this. Territoriality is a byproduct of having social interactions in a shared space. I’m not a sociologist, but I’m sure all this has been studied in depth. I haven’t read about it, but I’ve definitely experienced it. It is one of the reasons I believe that a healthy coliving culture will decline over time if you ignore this concept.

You’ll need to discern what your community’s adjustment looks like – always a natural factor considering each guest’s personality, from what is a slight, smelly shift or a putrid shitstorm. It’ll be too late when you realize that you’ve been puneeted.

New coliving verb – to puneet: the act of being the worst coliver possible.

A coliving works like a living organism. If you make a mistake and accept someone that clearly doesn’t fit, the community will quickly turn into an immune system and expel the intruder. Not in an aggressive way; it’s just that the new guest will feel like they don’t fit and will often leave on their own.

Sometimes, it’s a little more intense. If the new guest’s behavior is extreme (like sexist, racist, or just plain antisocial), there should be processes in shape to quickly expel him. But as uncomfortable as it might be, these situations are easily identified and controlled.

The big problem is when the new guest doesn’t initially show bad behavior or personality, especially if at first they’re an active community member and loved by everyone. But after some time, typically after the third month, territorial behavior emerges. They’ve become the gravitational center of the community, even displacing the House Manager, because he might have lived in your coliving longer than him. Now HE IS the culture. And now you’re fucked, you’ve been puneeted!

This guy behaves like a virus in an organism whose immune system hasn’t been previously inoculated with a vaccine and silently but steadily takes over. When you realize it’s too late, your community is dead.

I’ll talk in another post about how to identify those Puneets soon enough to minimize their impact on your community.

What I want you to be aware of today is how your community is a living entity that has inherent social dynamics, one of them being the said territoriality. That’s one reason why I urge you to live in the coliving you run, to experience the feeling yourself as your guests do.

Having an inclusive culture (and I’ll talk in the future about how to achieve that), where new guests feel part of it as soon as possible and old guests accept the new personality as part of an improved and more diverse culture, will guarantee that your community stays healthy.

Take care when cultivating your community’s sense of ownership. Your new guests will be vulnerable, and claiming even a tiny space or object is something that makes people feel better. If you give your old guests a welcoming culture to lessen their sense of entitlement and an immediate sense of belonging in your new guests, it will lessen the creep of territoriality in your coliving.

Have you experienced a toxic culture while living in a coliving? I’d love to hear about your stories and how you solved (or survived) them!

How a Competitor Tried to Shut Down My Coliving Business

…And Failed This actually happened many years ago when an unknown competitor tried to close, not only my hacker house but all

Why I Hate Airbnb

A Coliving Operator’s Guide to OTA Usage I generally don’t depend on Online Travel Agencies (OTAs) to fill my coliving space. In

Coliving: You don’t have a booking process; it’s a sale process!!

Your leads are not one click away from booking your space. You must filter them first and then chase them! It took

Silicon Valley doesn't want you: A sense of belonging - Coliving from the Trenches

[…] of ownership of that garage. It was our garage, and we loved it. This is something I’ve called territoriality in coliving, and it’s essential to understand this concept if you operate your own coliving. I’ll write […]

Your Fridge Stinks! And Other Disasters From My Coliving - Coliving from the Trenches

[…] want to pull your hair out first. While there are more complex issues like what I’ve called “territoriality” or being puneeted, there is one problem that I’m sure you’ll face early […]

Coliving: Don't Be Puneeted! - Coliving from the Trenches

[…] Territoriality is an interesting concept that takes place in communities, and I’ve written a post explaining the dangers and solutions here. All colivers experience it; to some, it’s just part of the process, but others react in the […]

Communities and cycles (I) - Coliving from the Trenches

[…] community manager faces countless situations. I’ve already covered territoriality and diversity in other articles, so today, let’s shift focus to the cycles your coliving with go […]

Coliving: the room should spit you out - Coliving from the Trenches

[…] For gen X like me, it’s difficult to understand, but I had situations where I would offer a private room to one of our long-lasting guests, thinking that it was an upgrade. He begged me not to move him! He loved his bunk bed; go figure (I’m sure territoriality played a role). […]